William A. Barnhill as Photographer 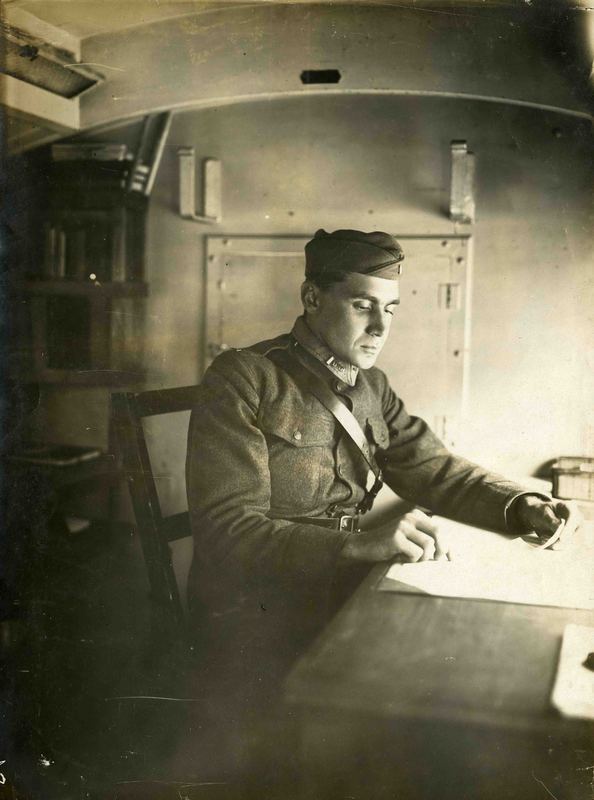 Through his contact with the Asheville Board of Trade, William Barnhill began his commercial photography career documenting the activities at the United States Students Military Instruction Camp, Camp Grove, near the Grove Park Inn, and selling souvenir photographs to tourists visiting the top of Mt. Mitchell.  He continued to photograph the people he met and the places he traveled on his journeys in the countryside around Asheville for his own record.  He kept these photographs to himself until 1959, when he produced sets of the prints for Pack Library in Asheville, the Library of Congress, and the New York Public Library.  These images have also appeared in publications including American Heritage and Life magazine.  He gave negatives for these images, as well as many other scrapbooks and items, to Mars Hill College in 1982.

After three years in Asheville, William Barnhill enlisted in the United States Signal Corps as a photographer, then transferred to the Air Force, where he learned aerial photography.  Barnhill spent the next two years in France serving as the commanding officer of the 2nd Photographic Section attached to the 91st Observation Squadron until his honorable discharge in June, 1919.

After World War I, Barnhill married, returned to Asheville, and resumed his work as a commercial photographer.  He left the region for good in 1922, when he took a photography job in Cleveland, Ohio.  William Barnhill went on to serve as a civilian employee at Wright-Patterson Air Force Base in Dayton, Ohio from World War II until his retirement in 1956.  He later operated a craft shop in Gamaliel, Arkansas and died in in Gainesville, Florida in 1987.

William Barnhill said of his own work, “The photographs that I made for myself were of historical significance, and the commercial ones I made all of my life for pay are not worth anything.”  A friend explained how Barnhill was able to capture the portraits of the mountain people he met:  “He often shared their mode of living for short periods of time—the cornhusk mattresses, the hogback and greens—and it was this acceptance of him as a friend which made it possible for him to obtain the many intimate studies of their way of life.  He repaid their hospitality with copies of the photographs, and many of these are still cherished by the families.”

← Journey to Southern Appalachia
Uncle Dave Penland and the Bark Basket →
William A. Barnhill as Photographer